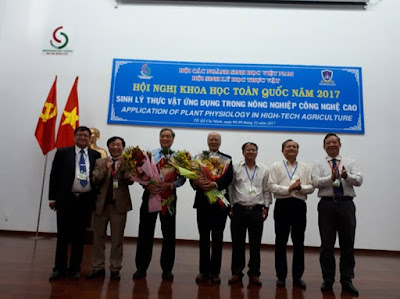 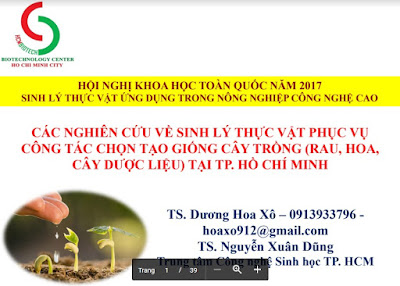 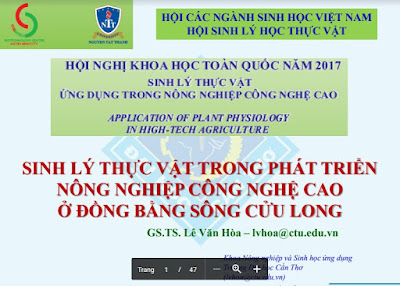 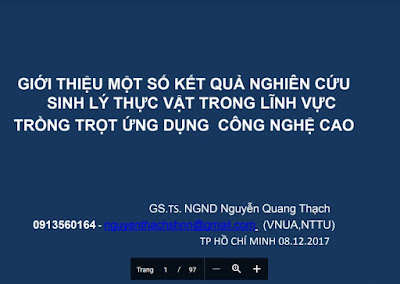 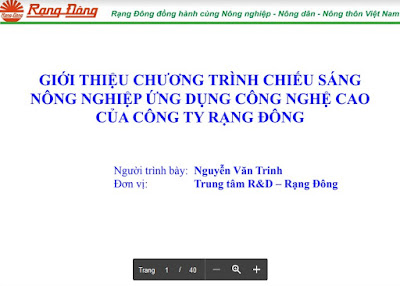 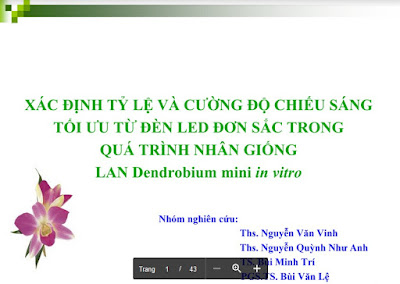 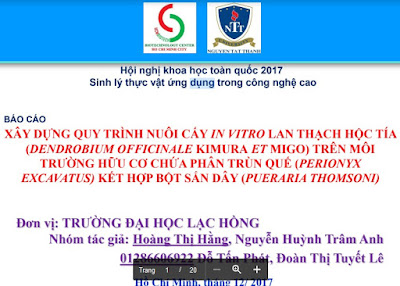 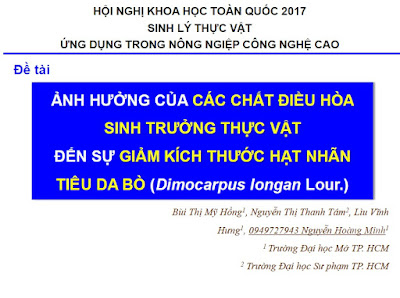 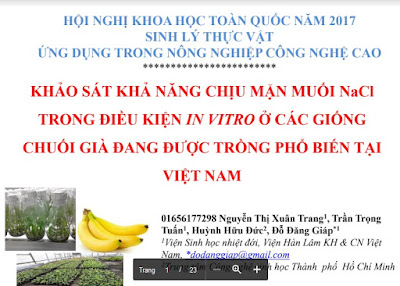 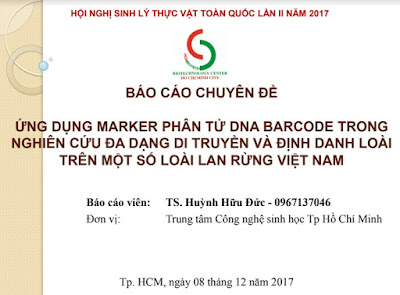 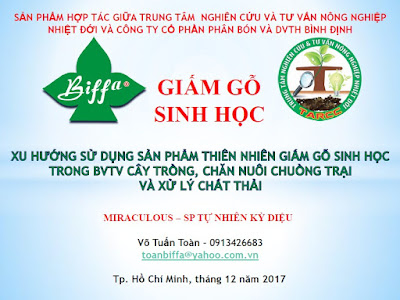 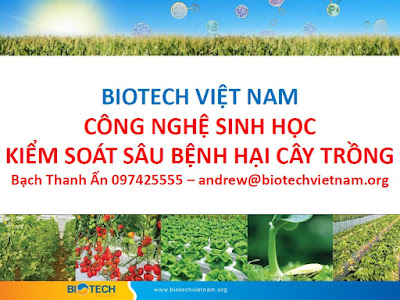 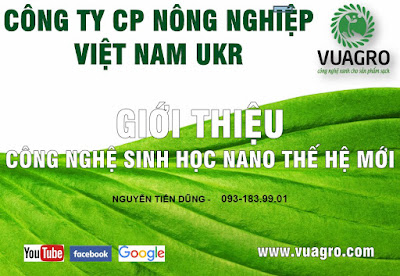 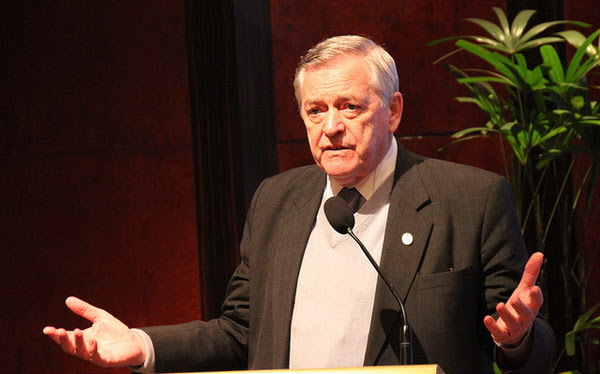 Clive James and ISAAA: Top Sources of Info on Biotech in the Philippines
The study Seventeen Years of Media Reportage of Modern Biotechnology in the Philippines, published in the Philippine Journal of Crop Science, reported that Dr. Clive James, the Founder and Emeritus Chair of ISAAA, is the top source of information on biotechnology by news writers. Read more from the ISAAA Blog.
Global Impact of Not Planting Herbicide Tolerant Crops Due to Glyphosate Ban
Section: News from Around the World 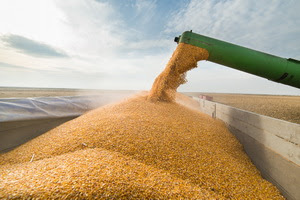 What will happen if herbicide tolerant crops are no longer available because glyphosate is banned? This questioned was answered by PG Economic's Graham Brookes, and Purdue University's Farzad Taheripour and Wallace Tyner in their research article published in GM Crops and Food.
According to the paper, the initial impacts include loss of global farm income amounting to US$6.76 billion, and decrease in the production of soybean, corn, and canola, by around 18.6 million tons, 3.1 million tons and1.44 million tons, respectively. The environment would be directly affected as well, due to increase in the use of other herbicides with 8.2 million kg of active ingredient, and larger net negative environmental impact quotient of 12.4%. Furthermore, there will be an increase in carbon emissions due to fuel usage and reduced soil carbon sequestration, as if adding 11.77 million cars more on the roads.
Other effects on global welfare were also predicted using Computable General Equilibrium (CGE) model GTAP-BIO and found that most impacts are negative. World prices of all grains, oilseeds, and sugars are expected to rise. Land use area for crops is also expected to increase by 762,000 ha, which may further lead to deforestation, and increase in more carbon dioxide emissions.
Read more from the open-access article in GM Crops and Food.
Max Planck Researchers Engineer Key Enzyme in Photosynthesis
Section: News from Around the World
Researchers at the Max Planck Institute of Biochemistry have succeeded in producing functional plant Rubisco in a bacterium, allowing genetic engineering of the enzyme. Rubisco, a critical enzyme in photosynthesis, catalyzes the first step in carbohydrate production in plants, the fixation of CO2 from the atmosphere.
The researchers, led by Dr. Manajit Hayer-Hartl, generated functional plant Rubisco in a bacterial host by simultaneously expressing plant chaperones and Rubisco in the same cells. This enabled the scientists to understand the complex assembly pathway of Rubisco, and also modify the Rubisco gene to improve its properties. Once they have obtained a Rubisco variant with a desired trait, they can insert the modified gene back into the plant cells, a key-step towards improving photosynthesis through Rubisco engineering.
"The bacterial expression system resembles an assembly line for cars. Whereas previously, every optimized variant of Rubisco had to be painstakingly expressed in a transgenic plant, which takes a year or more to generate - like building a car by hand - we can now make hundreds or thousands of Rubisco variants in days or weeks. It is like building cars in an automated assembly line," explains Dr. Hayer-Hartl. 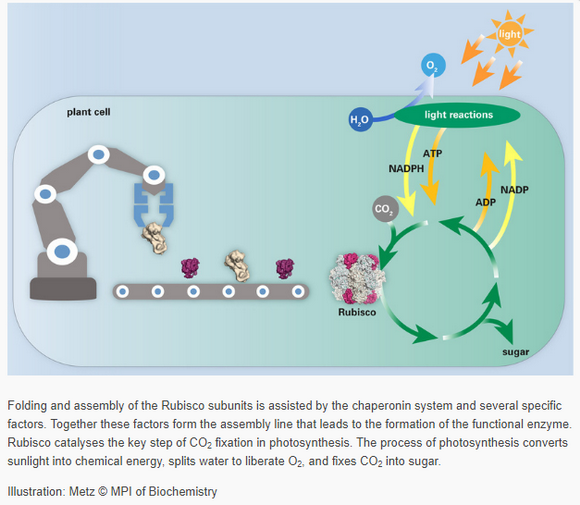 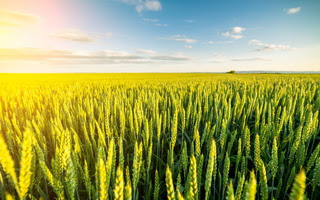 Scientists from the Canadian Light Source (CLS) have teamed up with researchers from the University of Saskatchewan (U of S) to develop a new technique to examine drought tolerance in wheat. Led by Chithra Karunakaran and Karen Tanino, the team developed a simple non-destructive method to screen hundreds of wheat leaf samples in a day, reducing the time and cost associated with traditional breeding programs to select varieties for drought tolerance.
Using the wax of a flag leaf as their test subject, the research team examined the morphological characteristics of the plant, as well as the chemical signatures, comparing the drought-resistant Stettler wheat variety to the Superb, which is more vulnerable to drought conditions.
With the help of the bright light produced at the CLS, Karunakaran and her team were the first to link micro and macronutrients in the leaves for their ability to tolerate drought, finding higher levels of zinc in the drought-resistant Stettler. These results have significant implications for future breeding programs, and also raise questions about the role of zinc in fertilizer.
For more details, read the CLS News.
Lignin Reduction Observed in CRISPR-Edited Switchgrass
Section: New Breeding Technologies 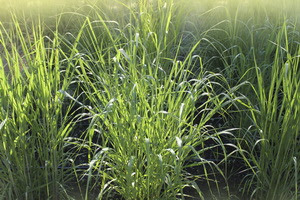 Lignin, a major component of the plant cell wall, stands as a barrier to efficient biofuel production from switchgrass (Panicum virgatum). While the advent of genome editing technologies offers new opportunities for improving switchgrass, its allotetraploidy (2n = 4x =36) may make it difficult to engineer.
The team of Jong-Jin Park of Oak Ridge National Laboratory developed a CRISPR-Cas9 genome editing system in switchgrass to target 4-Coumarate:coenzyme A ligase (4CL), a key enzyme involved in the early steps of the synthesis of monolignol, a component of lignin. Among the three 4CL genes identified in switchgrass, the Pv4CL1 transcripts were the most abundant.
Pv4CL1 was then selected as the target for CRISPR-Cas9 editing and a guide RNA was constructed to target it. Among the 39 genome-edited plants were generated, four plants were confirmed to have tetra-allelic mutations simultaneously. The Pv4CL1 knock-out plants had reduced cell wall thickness, a significant reduction in total lignin content, an increase in glucose release as well as an increase in xylose release.
This study established a success of CRISPR-Cas9 system in switchgrass. The system will be useful for decreasing the lignin content of lignocellulosic feedstock.
For more on this study, read the article in BMC Plant Biology.
Sections
News from Around the World
Research Highlights
New Breeding Technologies
Beyond Crop Biotech
Resources
GM Approval Updates
South Korea approved the maize events MZHG0JG (Food and Feed use), Bt11 x MIR162 x MON89Ø34 x GA21 (Feed only), and MON89034 x TC1507 x NK603 x MIR162 (Food only) as well as the soybean event MON87708 x MON89788 x A5547-127 (Food only) in December.
Visit GM Approval Database for more updates
Video yêu thích
KimYouTube
Trở về trang chính
Hoàng Kim Ngọc Phương Nam Thung dung Dạy và học Cây Lương thực Dạy và Học Tình yêu cuộc sống Kim on LinkedIn Kim on Facebook KimTwitter hoangkim vietnam 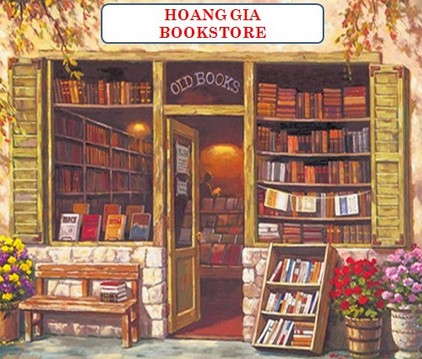 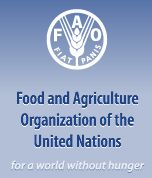 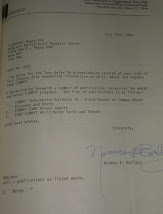